Over the years since we opened in 2009, we have hadÂ  more thanÂ  70 exhibitions. Some of these are available online. We hope you will enjoy browsing these pages. If you live far from Settle, perhaps it will whet your appetite to pay us a visit. In the summer of 2019 weÂ  staged a special tenth anniversary exhibition at the Folly Museum in Settle. It ran from July 6 to September 6 and told the story of how we established the gallery. It listed all the exhibitions; included many of the posters we used to promote them and included tributes from many of our previous exhibitors, including Brian MayÂ  who has shown some of his fascinating collection of Victorian photographs on two separate occasions. The boards from the exhibition are in the NOW WE ARE TENÂ  section of this page, which you can reach by scrolling back to 2019. 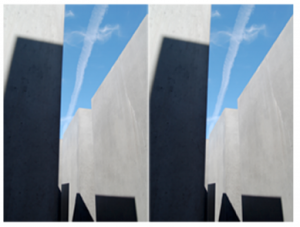 In this exhibition photographic artists Paul Rogers and Alison Medd did a double take on various images of parallelism. Paul has been a regular and very popular contributor to the gallery’s programme of exhibitions over recent years. He and Alison previously exhibited at Gallery on the Green in summer 2020 with their Talking Pink show.

Paul was associate head of the School of Art and Design and a principal lecturer in applied photography at Blackpool and the Fylde College. He has also exhibited in local and national venues in the UK and USA. Alison isÂ a multidisciplinary artist based in a studio by the river Thames. She experiments usingÂ a range of different media to express the relationship she has with her surroundings.Â  She has been artist, teacher, and mother, for over 30Â years and finally completed a Masters degree from Goldsmiths University in 2014. Since then she has exhibited widely.

Repeat is the root word of repetition. In this exhibition the photographers Paul Rogers and Alison MeddÂ  explored how by repeating an image you can create a visual outcome greater than the sum of its parts, the photographs on display have been imagined and produced in two very different ways:

Paul Rogers explored repetition by juxtaposing the same image. Repeat:Repeat has been long-standing subjects of his visual output and perhaps this concept feeds into the notion of ‘parallelism’ – repeating pattern, line and movement towards creating a visual unity.

Alison Medd focused on recording traces of her local environment, creating aÂ narrative that embraced urban degeneration. The artist believes thatÂ aÂ prolonged study of what is familiar in the locale enables her to create richly layered images that result in atmosphere over documentation.Â AnÂ abstraction of her view creates an innately satisfying image,Â enabling the observer to perceive order from repetition.

âPattern is to photograph what rhythm is to musicâ (Tedric Garr).

It is the pattern, line and movement that unites these two photographers with very different viewpoints.

Sections of the exhibition 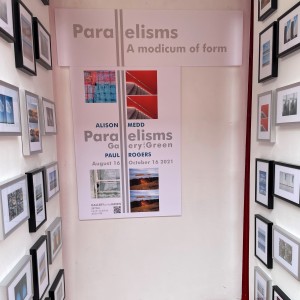 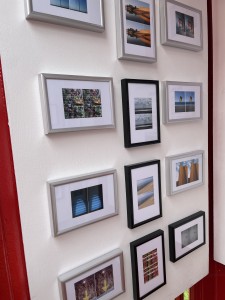 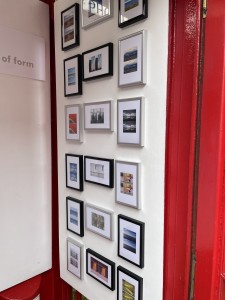 The opening of the exhibition 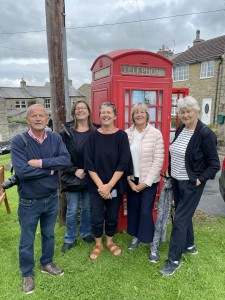 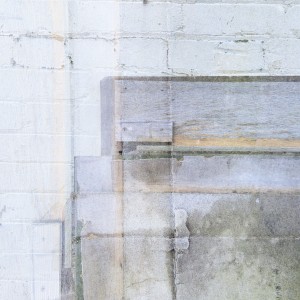 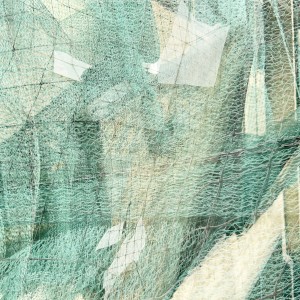 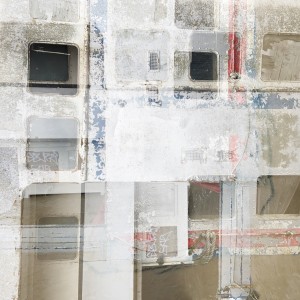 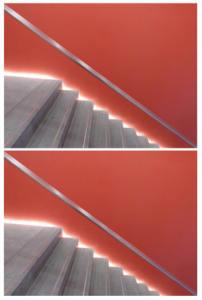 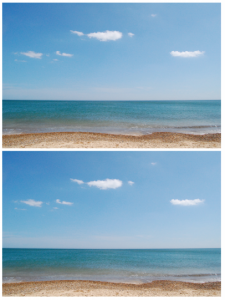 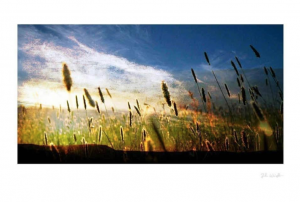 An idea developed during long days of lockdown – local walks in a landscape dominated by Pendle Hill and a constant presence of Blacko Tower gave time to photographic artist John Wright to organiseÂ  his thoughts and images gathered over time.

This presentation was an attempt to share a greeting with communities of Ribble Valley, linked to a tribute to Jonathan Stansfield who, over 100 years ago wanted to create a landmark tower on a hill in Blacko with the original idea being to go sufficiently high to get a view into Ribblesdale.

The material on view attempted to capture his spirit of determination through photographs,Â  stories and tributes gathered along the way.

A midsummer greeting to celebrate and enjoy !

John said: “The privilege of a professional life working with children of primary school age gave me the determination to acquire new skills in retirement and find ways of sharing these with others.
Â
“Opportunities to follow new learning in higher education opened doors to develop ideas in a digital world.
Â
A chance encounter with Julie of Gallery on the Green led to me being invited to share my work in an original way.” 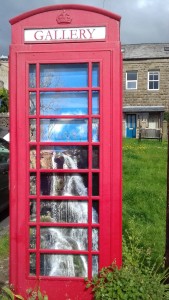 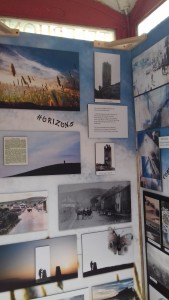 A section of the exhibition 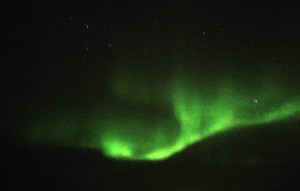 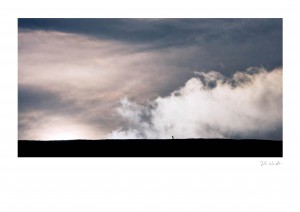 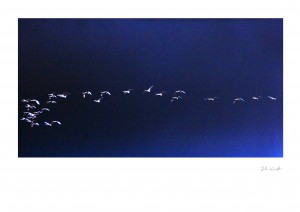 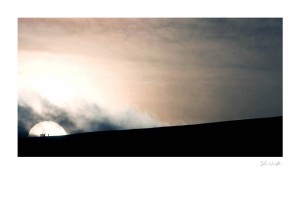 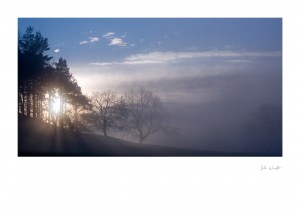 The Bothy Stones by Alex Pilkington 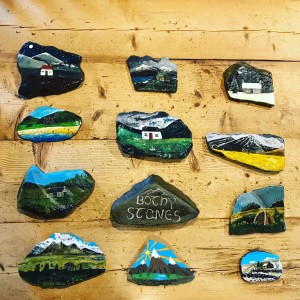 This exhibition featured paintings on stone of bothies – or mountain huts – by Horton-based artist Alex Pilkington.

Alex is a regular visitor to bothies in the UK and across Europe. He has alsoÂ recently become a maintenance organiser for Greensykes Bothy in South Scotland. In this exhibition AlexÂ  told the story of the bothies and the stones: “Not everyone is familiar with the word âBothyâ, so as a simple explanation… It is a mountain shelter that is open for people to stop over for a night, or take refuge in poor weather, or just visit for a picnic or lunch. There is much more to the bothy than this as they are all individual and have rich histories, both from the peasant farmers and shepherds that use to live in them with their families generations ago, to the mountaineers that have used them on epic and pioneering winter climbs. They are a wonderful asset to have in the UK’s wilderness areas and a night in one can enhance any visit to the mountains, as well as providing the chance to have a great social encounter with other like-minded mountain visitors that you may never have met before, nor meet again – but often the memories and stories told will never be forgotten.

“I have been visiting the bothies for a number of years using my mountain bike to bike-pack between them, sometimes doing 3-4 day trips, or sometimes just a night, sometimes with friends, sometimes with family and quite often just on my own. During the coronavirus lockdown the bothy pebble painting became a good escape for me and I found it very therapeutic. I have created some 30 images on a range of stones, most from my own photographs of bothies that I have visited. There is a wide range of landscapes from sunny coastal vistas to winter mountain-scapes, some under the crisp night sky, similarly the stones are all varied and provide a nice medium to paint on.”

Alex Pilkington â Horton- in-Ribblesdale The Bothy Stones are for sale at Â£25 each. A Â£5 donation will be made to the Mountain Bothies Association – www.mountainbothies.org.uk 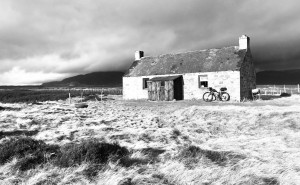 Alex’s bike outside a highland bothy 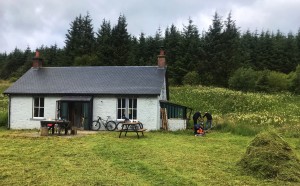 The Greensykes Bothy, in the Scottish Borders, which Alex helps maintain

A year in hill farming 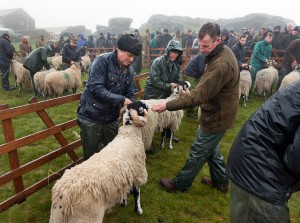 John Bentley’s photographic exhibition ‘A Year in Hill Farming’ documented the sheep farming year in the uplands of Yorkshire and Cumbria. The photographs had been taken over the past 6 years by John who is based in Settle and is fascinated by the cycle and traditions of the farming year, the diversity of sheep and hill farming and the dedication of individual farmers and localities to particular breeds.

He said: “To me it is very important to document the industry as it stands and I am very respectful of the history and traditions of sheep farming and its social and economic importance to the Dales and the rural north of England.Â There are economic and environmental pressures on the industry and this past year has, of course, also seen the impact of Covid-19, meaning that the gatherings for the traditional shows and sales (as depicted in many of the photographs) can no longer take place in the usual way. The photographs in the exhibition document the sheep breeds, the people who rear / buy / sell them, the workings of the farming calendar and the environment and the infrastructure of hill farming. “

JohnÂ has been a keen photographer for over 40 years. He has a wide range of photographic interests including live concert photography, landscape, travel and documentary photography. While John contributes news and stock photographs to a national press agency he is retired from full-time employment and able to devote his time to his personal photographic projects. In 2016/17 he was a contributor to the âVoices from the Landâ exhibition (initially staged at Hawes Countryside Centre), which focussed on interviewing and photographing farmers in the Yorkshire Dales National Park. His wide range of photographic work can be viewed online at-

John says: âWhen I moved to Settle my farming photo project was mainly centred around photographing agricultural shows, livestock markets and sheepdog trials. In particular, sheep shows like Tan Hill and the various Lake District Shepherdsâ Meets started to loom large in the coverage. Becoming an âaddictâ of sorts, I was drawn into photographing the world of hill sheep farming. There is still so much to photograph in the realm of sheep, but in the meantime in this exhibition Iâve tried to paint a picture of how the farming year pans out, including putting the tups with the ewes (or âyowsâ) in autumn, pregnancy testing, spring lambing, fell gathers, shearing, shows and sales and haymaking. Iâve tried to record the people, the animals, the activities, the infrastructure, the landscape and environment and the seasons. I find lots of aspects to photograph, although Covid-19.

A guide giving the background to the exhibition and more about hill farming today can be downloaded here:

The story behind the exhibition

Return of the 12 Days of Christmas 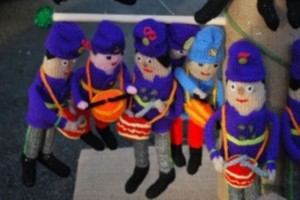 In the winter of 2020, once again we were delighted to show the famous all-knitted 12 days of Christmas as our contribution to the seasonal spirit in Settle. Featuring lords-a leaping, maids a milking, swans a swimming and all the rest, including of course the partridge in its pear tree, would Christmas be Christmas without this excellent work by our local knitters?

Since their first showing in 2014 the 78 tiny all knitted figures that act out the words of the Twelve Days of Christmas have amazed visitors and set many of them reciting the lines about what their true love gave to them on each of those days of Christmas.

It has long been believed that the words of the Twelve Days of Christmas, did not reflect the rather odd collection of gifts given to a fiancÃ©e who would probably have preferred a box of chocolates, but were a device used by 16th century Roman Catholics to convey the basics of their belief without arousing the suspicions of non-Catholics.

In previous years the exhibition has been enhanced by gifts of chocolate left for visitors, but this year Covid restrictions prevented this. 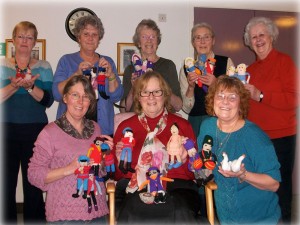